Return to the main site

THINGS TO DO IN SANTA BARBARA

Skip THINGS TO DO IN SANTA BARBARA

Located adjacent to Santa Barbara’s vibrant Funk Zone and one block from Union Station, Hotel Californian is just steps from the waterfront and some the city’s most iconic and eclectic local attractions. Discover 37-acres of rare botanical nirvana at Ganna Walska Lotusland, gain firsthand knowledge of the region’s uniquely extensive diversity of grapes and world class wines, and surf Rincon, one of California’s most famous waves. Whether you wish to sip and savor your way through the city or you have your sights set on more extravagant excursions, the expected and unexpected are never far from Hotel Californian. 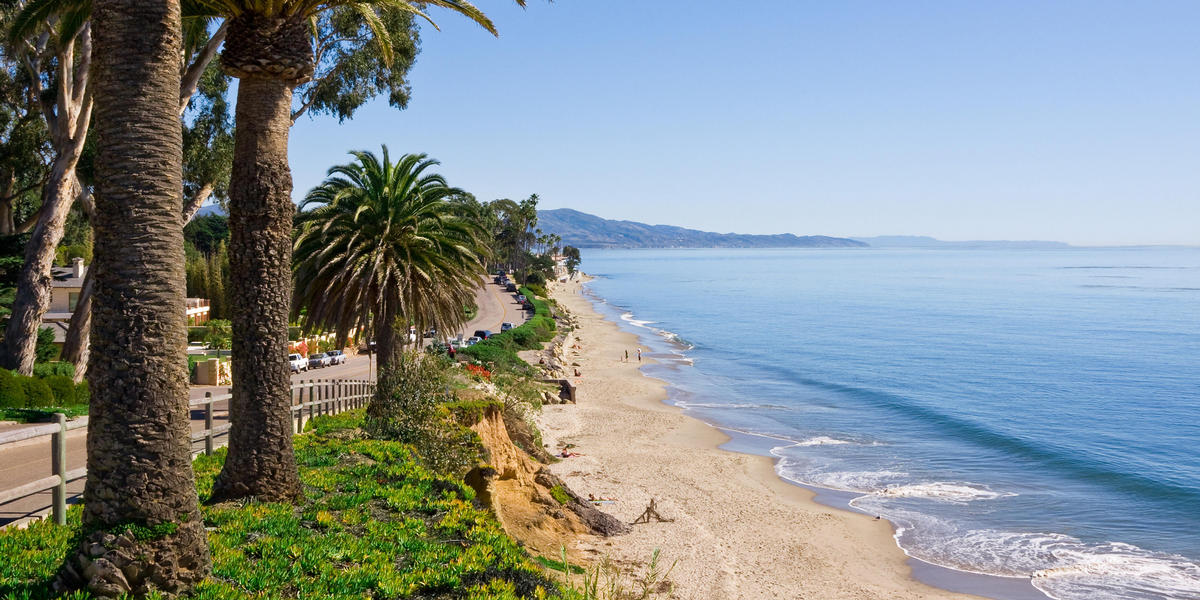 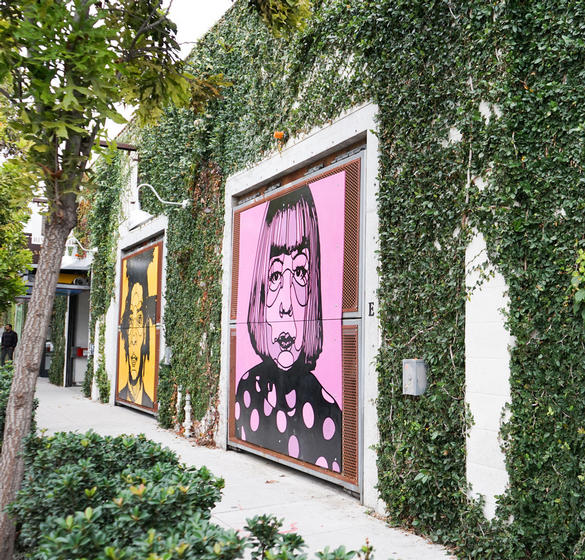 Over the past several decades, the Funk Zone has blossomed into one of Santa Barbara’s most captivating districts. Situated between the ocean and Highway 101, converted warehouses and buildings are now home to a bevy of artistic and creative shops, restaurants, galleries, and studios. Surrounded by graffiti murals and contemporary art, visitors to this burgeoning sea-sized district can enjoy the quintessential Santa Barbara comforts, and be simultaneously captivated by the new and unexpected.

Those seeking to gain firsthand knowledge of Santa Barbara County’s premier wines and vintners need not venture over the Santa Ynez Mountains to experience their world-renowned excellence. With more than 20 tasting rooms and a plethora of not-to-be-missed dining establishments situated throughout the Funk Zone and Presidio neighborhoods, wine aficionados and foodies may sip and savor their way through the Santa’s Barbara iconic, self-guided Urban Wine Trail. 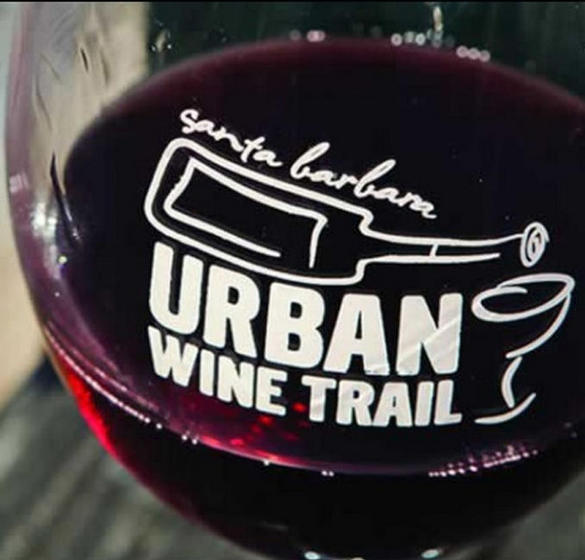 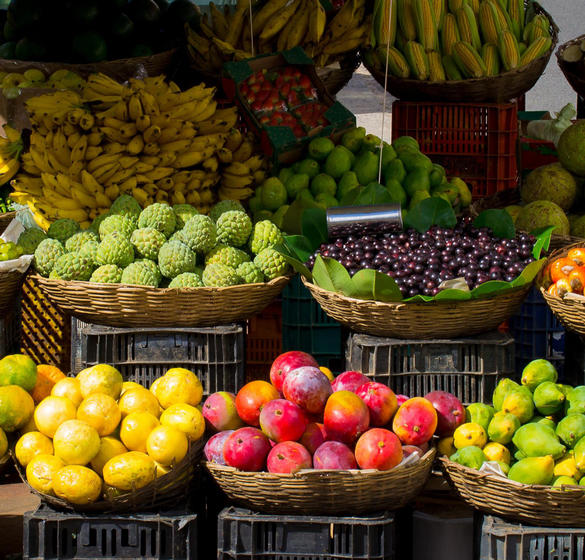 California’s vibrant seasonal cuisine would be nothing without the temperate coastal climate that enables farmers to grow the highest quality ingredients year-round. Whether one is a chef, local restaurateur, or die-hard foodie, the Santa Barbara Certified Farmers Market is a quintessentially Coastal Californian experience that is not to be missed. Beloved by locals and visitors alike, the Farmers Market includes two dozen local farmer and rancher stands and is open daily at various locations throughout Santa Barbara County. Please check the Farmers Market website for more details.

Married six times, four times to wealthy husbands, the lavish promotion of the Polish opera singer’s lackluster career by her fourth husband served as the inspiration of Citizen Kane. Walska, an avid garden enthusiast, also created the Lotusland botanical gardens at her mansion in nearby Montecito. The 37-acre estate is now a rare botanical nirvana featuring an enormous diversity of exotic plants from around the globe. 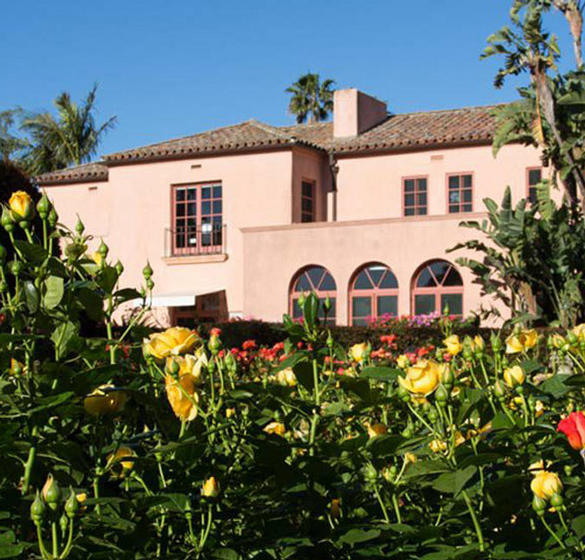 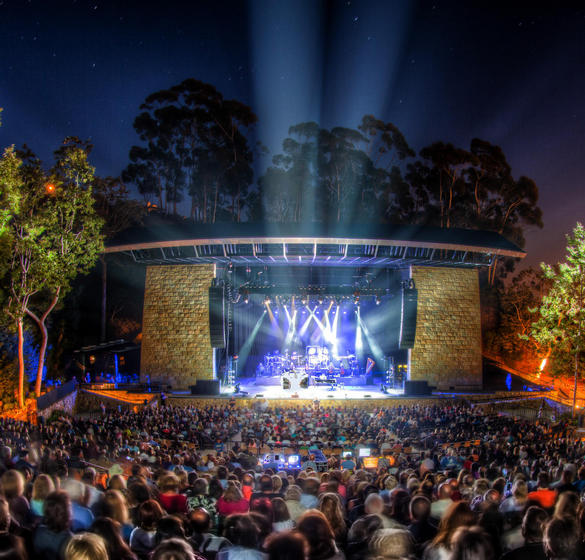 Open Spring of 2017, the MOXI offers families and thinkers of all ages an opportunity to explore and discover more about the world we inhabit. Conveniently located on lower State Street, this state-of-the-art facility is uniquely equipped to encourage innovation through hands-on experimentation and analysis. 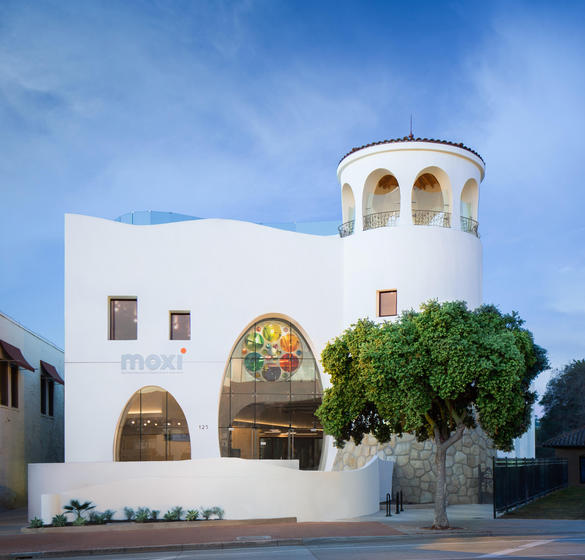 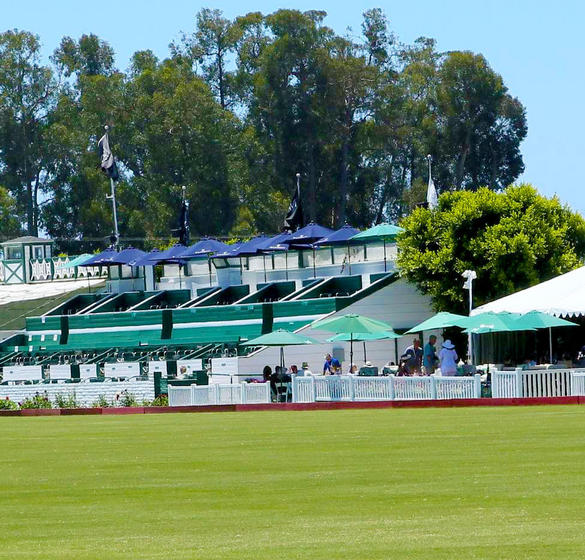 For more than a hundred years, polo aficionados and socialites alike have flocked to Santa Barbara to compete and celebrate with panoramic views of the Santa Ynez Mountains and Pacific Ocean. This pristine seaside facility is Santa Barbara’s most iconic expression of the American Riviera, making it the ideal location to see and be seen.

The fruits of iconoclasm make life worth living. At Isla, explore an exclusive collection of one-of-a-kind clothing, jewelry, art and home décor sourced from the American Riviera and around the world. Browse luxury apparel and accessories from renowned designers including Stuart Weitzman, James Perse, Figue and Nick Fouquet. Isla is a lifestyle boutique curated by Maris Collective that resists definition and unapologetically rejects the status quo. Visit and let us help you find your island. 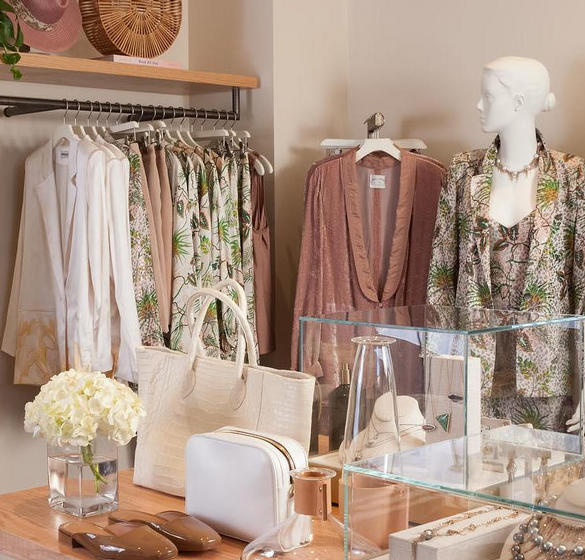 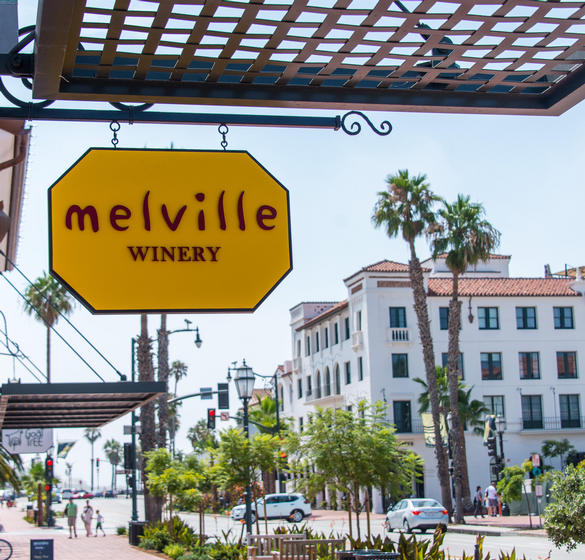 Visit the Melville Winery Tasting Room and enjoy some of the best Pinot Noir, Chardonnay, and Syrah the Santa Ynez Valley has to offer. Melville thoughtfully considers every aspect of viticulture, allowing the local soil, fruit and unique climate to produce world-class wines on a 120-acre estate. For over three decades Melville has produced award-winning cold-climate wines that reflect the unique terroir of this iconic region. Stop by and taste for yourself.

Finney’s Crafthouse & Kitchen is a neighborhood favorite. This locally-owned gastropub offers a full spectrum of California’s iconic craft beverages, including thirty rotating craft beer taps, a full bar and a substantial list of California wines. Set in a casual and family-friendly atmosphere, Finney’s starts with local, seasonal ingredients to create a unique menu that pairs seamlessly with its curated craft beverage lists. Come for a drink and a burger, stay to watch the game on big-screen TVs and hang out on the patio steps from the Santa Barbara beachfront. 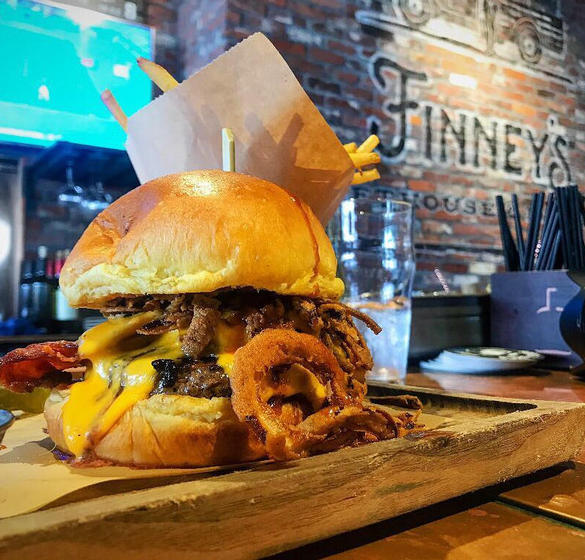 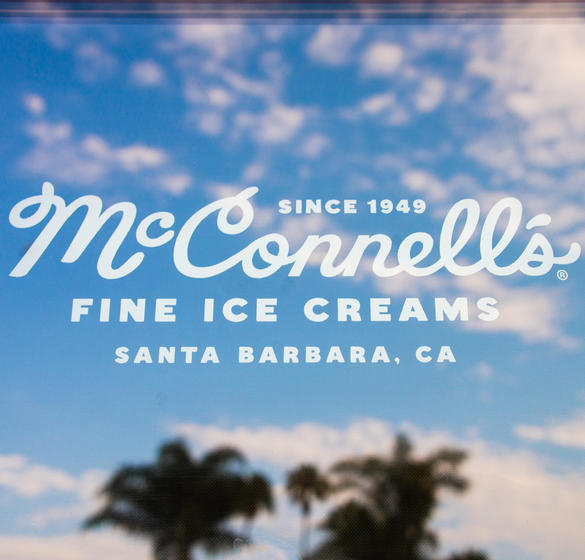 A Central Coast institution, McConnell’s has been producing the finest ice creams entirely from scratch right here in Santa Barbara since 1949. Taste signature flavors that feature locally-sourced produce and dairy from California’s happiest cows, as well as a variety of dairy-free options.

Miles off the Santa Barbara Coast, Channel Islands National Park encompasses five of the eight California Channel Islands (Anacapa, Santa Cruz, Santa Rosa, San Miguel, and Santa Barbara) and their ocean environment, preserving and protecting a wealth of natural and cultural resources. Bridging two biogeographical provinces and harboring the biological diversity of nearly 2,500 miles of the North American coast, the Channel Islands are home to over 2,000 plant and animal species, 145 of which are found nowhere else in the world. 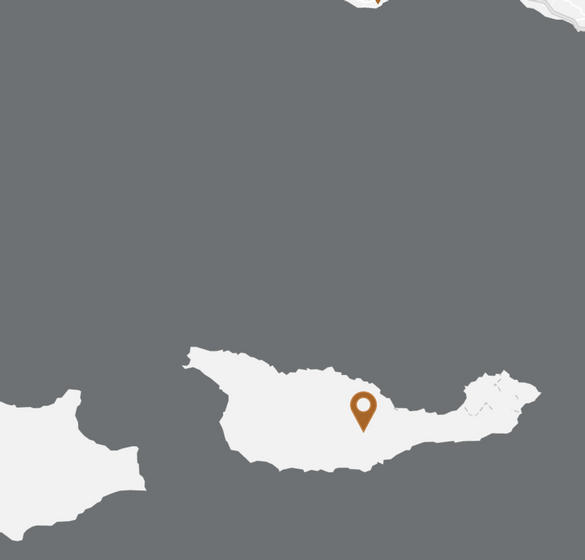 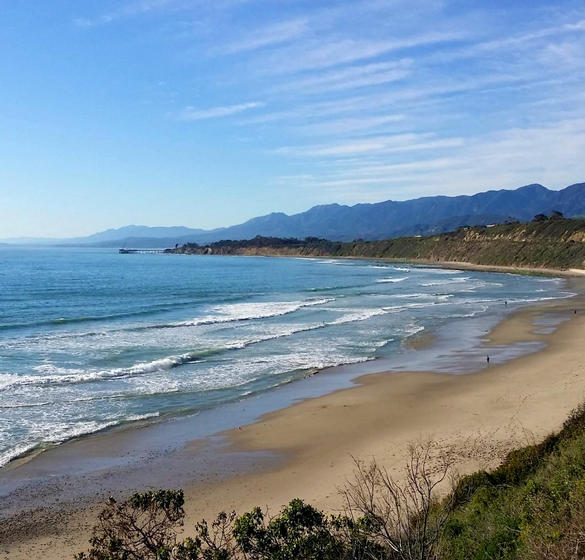 Also known as the “Queen of the Coast,” Rincon is one of the most famous surf spots in California offering rides up to 300 yards from the top of the point to the “Cove.” Here, surfers may trade waves with three-time World Champion and local, Tom Curren.

Built on 160 acres in 1916 by Union Carbide founder, George Owen Knapp, the castle was sold in 1940 to Frances Holden who invited her friend and world famous opera singer, Lotte Lehmann to move in. Shortly after, the mansion was destroyed by a forest fire leaving only the sandstone foundations, fireplace pillars, and walls of the seven original structures. Nestled in the Santa Ynez Mountain near Los Padres National Forest, the seemingly ancient ruins remain a popular destination for hikers and photographers, offering breathtaking views of Lake Cachuma, the Santa Ynez Valley, and the Pacific Ocean. 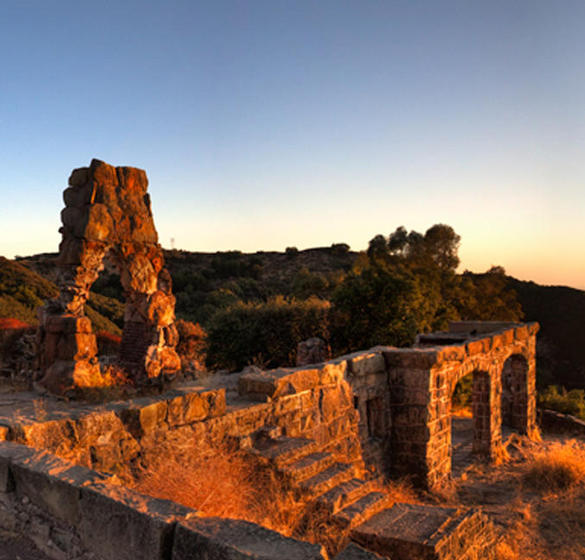 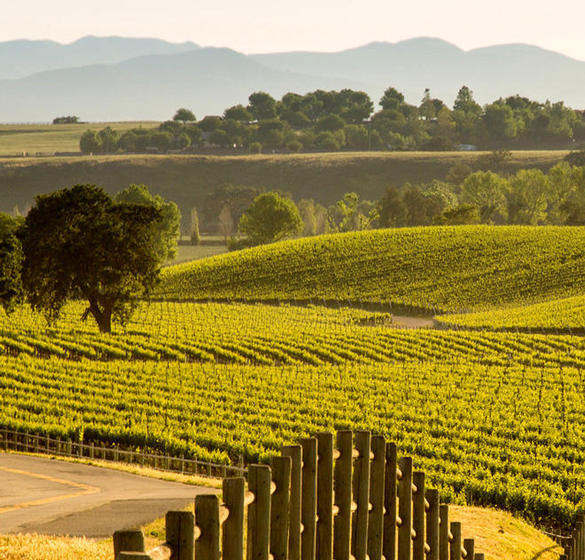 With the Santa Ynez Mountains as the only east-west traverse along the Pacific Coast between Alaska and Chile, Santa Barbara is uniquely situated in close proximity to the fertile valleys, which possess the ideal weather and soil conditions for producing some of the world’s greatest wines. Only 45 minutes’ drive from the city, one can experience the uniquely extensive diversity of grapes and world famous wine makers the region has to offer..